A NEW ERA IN MOBILITY

It’s time for a new era in mobility and to leverage on lessons learned by the development team from previous projects. It’s our mission to make mobility a pleasure again while people turn heads following your track.

With our experienced and all Dutch partners, we will change history once again and show genuine Dutch craftsmanship.

Our objective is to create a vehicle with all the characteristics we develop at a price level of €36,000. This serial-produced vehicle, the Cheetah, will be in Tesla’s philosophy the Tesla 3. To get to this point we start with the Maverick, the Tesla S, a handmade vehicle starting at a price level of € 85,000.

Clients will be invited to exclusive events offering the opportunity to tailor their unique model according to their personal taste and preferences, including hand-picked fabrics, materials, and colour schemes. Your personal Maverick account will allow you access to follow the manufacturing process of your Maverick step-by-step.

You might expect to enter the middle-upper price range of luxury sportscars of € 200,000+, but again we will surprise you.

Are you interested in becoming an investor or owner?

Robert Barnhoorn from “Spark Design & Innovation” was one of the co-initiators of the Carver One and thePAL-V One. Many movies featuring the Carver on YouTube, including hilarious ones from Top Gear, show the impact of this first tricycle.

John Bakker, founding father of the PAL-V, the flying car, approached Robert Barnhoorn with his idea. Practical improvements were integrated, and in 2012 there was the so-called Mad Max, a test vehicle. It became 60 cm longer than the Carver with comfortable space for a second passenger and luggage. The Mad Max model proved the smooth driving capabilities of the vehicle and the revolutionary athletic tilting system.

The PAL-V One, ( Personal Air & Land Vehicle) had his maiden flight during which two passengers were seated behind each other. The original model of the PAL-V was designed as a two-seater for a driver and passenger sitting beside each other, compromising the unique feature of tilting.

Given the know-how and lessons learned over the last 20 years, John as initiator- and Robert as co-founder of the Maverick went back to the assumptions of the Mad Max. Bob Busser as co-founder joined them. By further improving the driving capabilities, making it electrical with a real action radius of 500 km and quick acceleration, and adding an electromagnetic actuator, the Maverick is ready to start its journey to realisation.

We welcomed new shareholders and investors who are actively involved in the development of the Maverick. 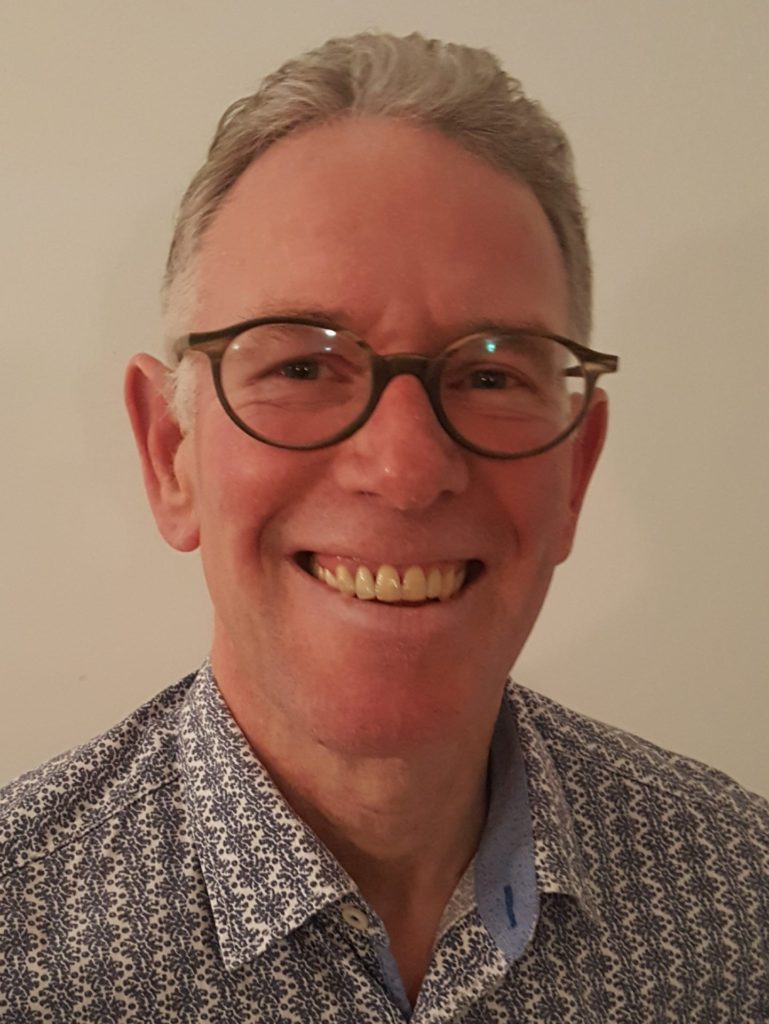 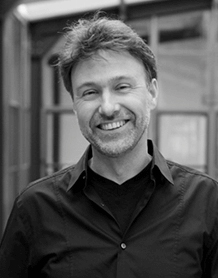 Bob Busser – co-founder of the Maverick 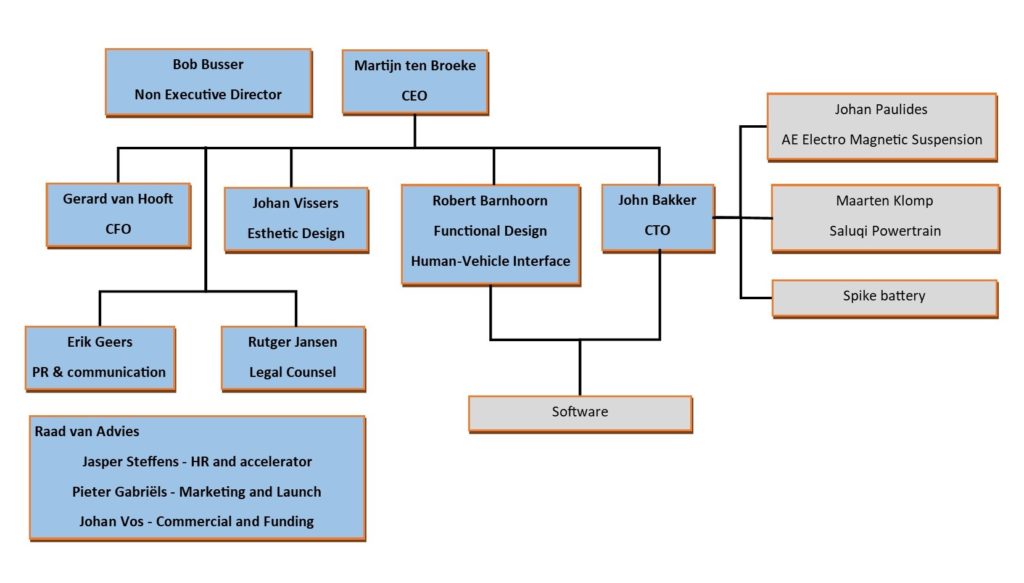 The AE Group from Waalijk is involved in the powering of the Maverick and the electromagnetic actuator.

Shift2Start from the automotive Campus Helmond will form the bridge with several external parties in the automotive market as done for another successful Dutch development “ The Lightyear”.

Spark Design & Innovation from Robert Barnhoorn will be closely involved in the development and the human-vehicle interface.

Our own Stig, the personality from Top Gear. He is a famous person related to the Formula 1 and will be the driver of our demonstrator.

Technologies Added, the sparkling “electrical mobility” centre in Emmen. Maverick has signed an agreement to produce the Maverick One, starting with the 0-series in 2023.

Saluqi Motors from the Automotive Campus in Helmond is involved in the powering of the Maverick and the battery pack.

EP&C will take care of the patent applications related to the development of the technology.

Vermetten will take of the orderly year reports and financially structuring of the development.

Technical Universities of Eindhoven, Groningen and Twente will be involved in specific areas of development of the Maverick.

HIGHLIGHTS OF THE MAVERICK ONE 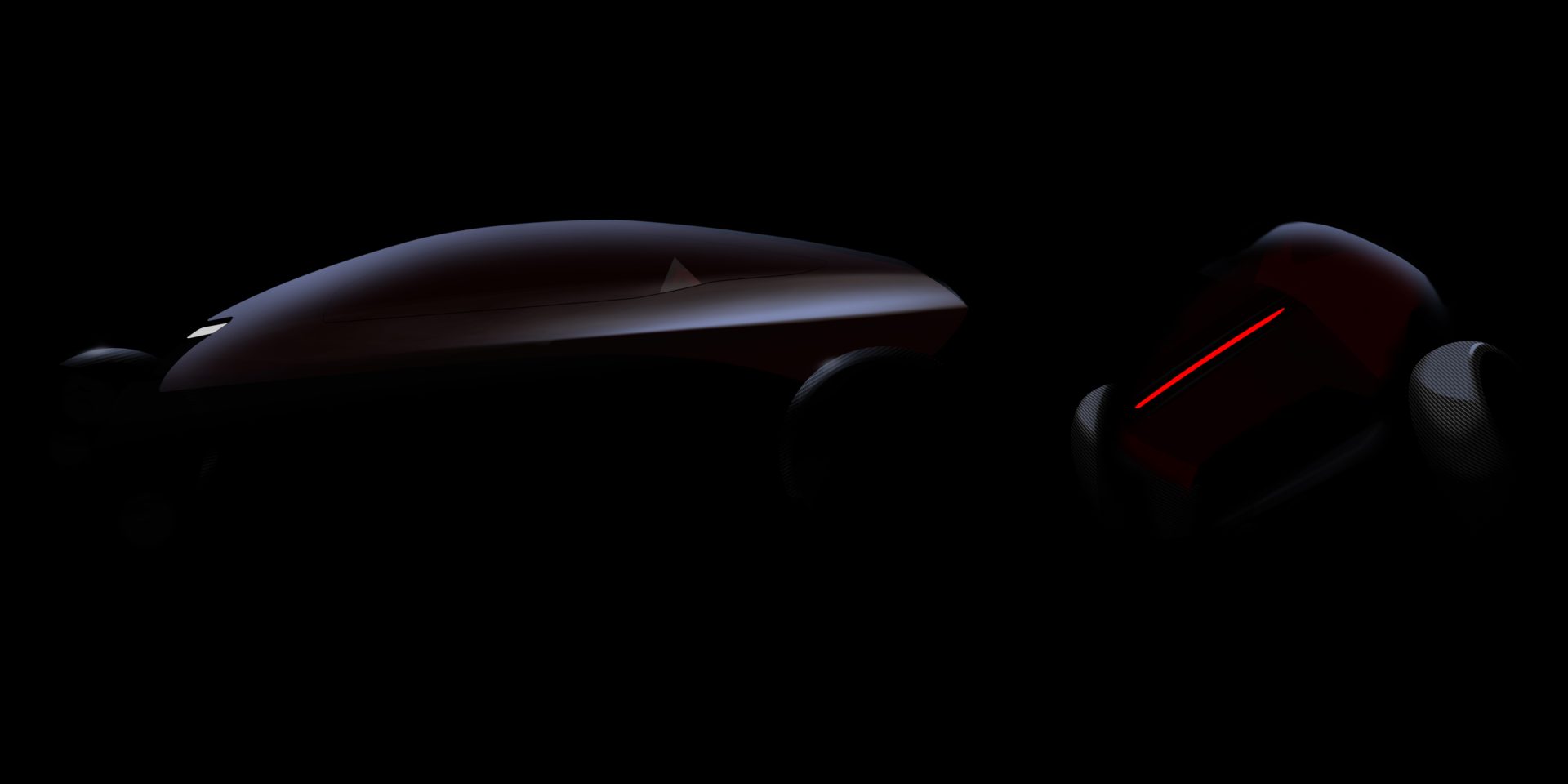 SEE THE MAVERICK ONE IN ACTION

WANT TO GET INVOLVED?

Who doesn’t want to be a Maverick, looking for your track.  Do you want to join the journey?

Due to the fact we have the knowledge of the previous Carver and the PAL-V developments, a team in place and we know which people to take on board additionally with all their own working package we were able to undertake an assessment by an external specialist, Shift2Start from the automotive Campus Helmond. They consider our time frame with separate milestones and related costs as realistic. The project in general will be cut into two stages.

Stage 1 will first deliver a “Maverick Mock-Up”, a full scale model of the Maverick by Q3-2021 showing the concept outside of the vehicle. This will be followed by the “Maverick Mad Max”, a full scale model to test all the technology below the skin of the vehicle. This should be ready by Q2-2022 . To finalize all will come together in a concept car-demonstrator by Q3-2022. It is the intention this will be at the time of the Formula 1 at Zandvoort in September 2022.

Stage 2 will start immediately after the concept car and by Q3-2024 the first commercial car will be delivered. Till that moment we expect to deliver by Q1-2024 the car which will be used for the approval to hit the official road. By Q2-2024 there will be a first serie of 10 vehicle which will drive for 3-5 months to collect data and optimise the specifications of the vehicle before the first commecial serie will be produced. and takes 18 months resulting in the delivery of 10 series zero  Maverick’s to have a final check. After this the production of the Maverick for end users based on reservation orders will start.

The ordering of the car will be possible after the concept car is ready. In 2024 we will start to structure the process for the Cheetah, the brother of the Maverick, which will get a serial production.

We are open to get in touch with parties who want to be involved in the production of the Maverick and the Cheetah.

If you want to be one of the first people to own a Maverick, please let us know and we provide you with additional information once the project kicks-off. You start by placing your pre-option for only € 1,000.= ,giving you a numbered certificate. 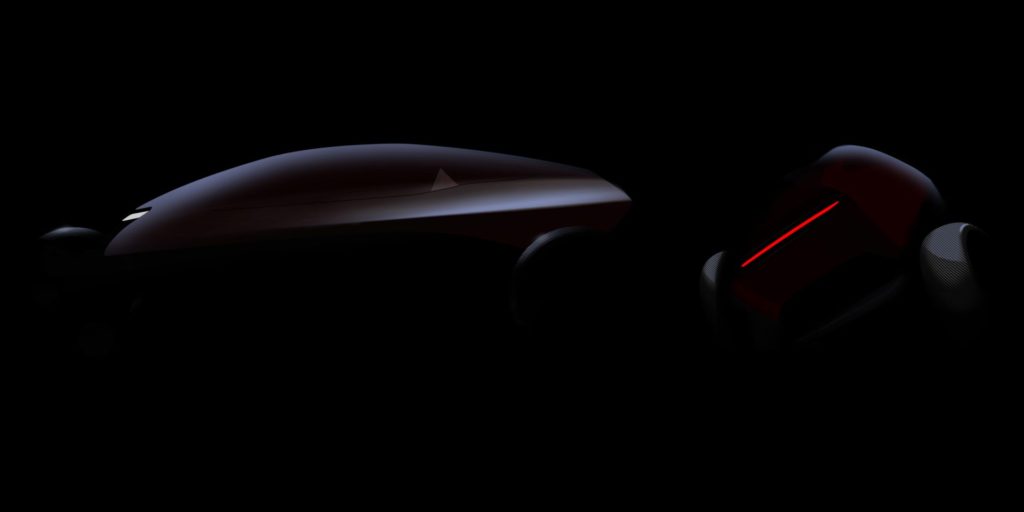 Fill in the form to receive information about future ownership.